So I left off with random Converse. Here are some random people during a break.

Met up with my critique group for dinner. We take great pictures.

Also was able to spend time with my closest writerly buds, Hannah Prewett and Rosemary Johnson

Don’t let this picture fool you. They are waaaaay dorkier in real life:

I had the chance to meet with a handful of editors and get to send in some manuscripts for consideration. No, I won’t say who or how many, thankyouverymuch. Took a couple of classes and left partway through the closing session with the keynote speaker, Ted Dekker. Now, since the conference has ended, there are a metric ton of things flying around about people’s thoughts on his sessions. I, for one, thought they’d be more centered around writing. But hey, not everyone will fit into a box. And if there’s one thing everyone attending Realm Makers can agree on, it’s that Ted Dekker fits in no box.

I stayed up waaaaaaay too late and ended up posting this lovely video.

My only regret is missing the Nerf war! I had my guns and ammo, but had to skip out on the fun.

The drive back was mostly uneventful. I was stuck behind a flatbed truck at one point, and flakes of red bark kept hitting my window. WAIT! Those are butterflies! Yes, my readers, I was on a fairytale road filled with thousands of red butterflies.

And then they started smacking my windshield and it wasn’t so magical. Snow White and Cinderella didn’t have to deal with suicidal butterflies.

When I got home, I was so tired that I fell asleep face down on the living room floor (there’s no photographic evidence).

Since returning, I’ve been writing, and Phish lends me her expertise: 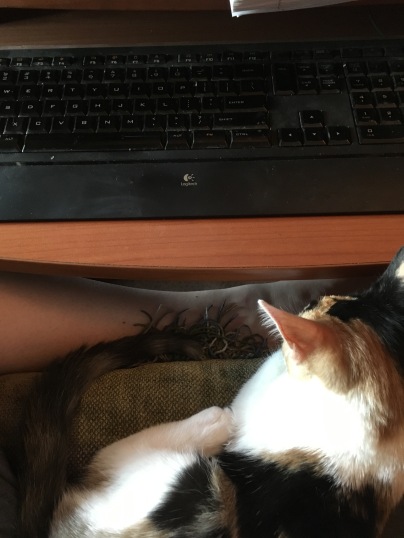 Leave a comment | posted in Christian living, Just Because

Friday, 5 p.m. couldn’t come soon enough. I was stuck at work while my friends were playing at Realm Makers in Reno. 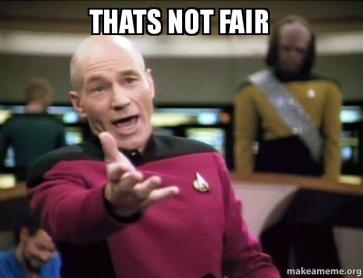 So five seconds after 5, I bolted out the back door and headed up the mountains. Look at this drive!

It’s a short three and a half hour drive for me to Reno, but I’d decided to stay the night with friends in Susanville. This family is fabulous…like, donate my bone marrow to fabulous. And they’ll never serve me mayonnaise, which strengthens the deal.

Tunes were jamming. There were areas to pass slower trailers and semis. Then I saw it—the sign that made me pull over to the side of the road: 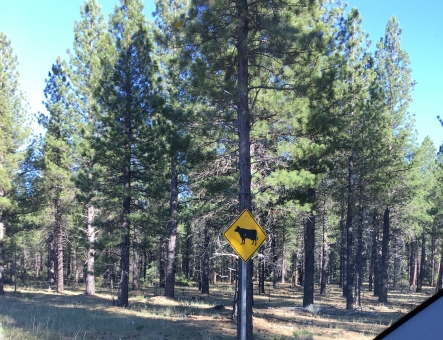 I’ve seen these signs all over the rural roads (means there are range cattle and they have the right of way on the roads), but it must’ve been the fact that I was on my way to a writer’s conference for fantasy and sci-fi authors that sparked my brain this time.

Arrived at my friends’ home and enjoyed their wonderful company. Even though I stole the most comfy bed, I was up at four in the morning after having a dream that I slept in until 7. I was up and out of the door by 5:45 because I simply had to get to Reno. This was my reward on the way out of town:

A venti Starbucks and an hour and a half later: 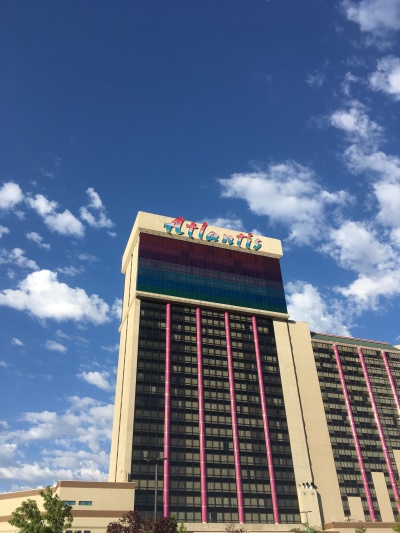 The Atlantis in glorious technicolor! Blue sky, puffy white cloud—all was right in the world. Dodged the slot machines and found my way to the second story, right up to check-in. I just gave them my name, because I was too embarrassed to introduce myself to Ralene and Desiree.

It took less than twenty minutes to finally meet my critique partners in person. I’ve been working with these ladies for a long time now. While some of our group couldn’t make it to Realm Makers, the four of us made sure to meet up at least once. But we were like magnets and kept finding one another throughout the day.

We hail from all over. Jeb is originally from California, but lives in New Zealand now (no, she doesn’t have an accent). Jill is from Pennsylvania and De flew in from Colorado. I’ve rewritten this sentence several times, to try and describe how meeting them filled my heart with joy and satisfaction, but I can’t put it into words the love I have for them, even having spent less than 24 hours with them. Jill is the lucky one, though. She had the smarts to go to bed before De talked me into making a FB live video near midnight.

So ends my first of a two-parter for Realm Makers 2017. Stay tuned for more shenanigans. And watch out for those pesky forest cows.

Tim's Blog - Just One Train Wreck After Another

Book reviews from a Christian Perspective

A Place Where Fiction And Faith Meet

Resting in Jesus in the midst of lunacy.

Because the world needs good stories

For Such a Time as This

I want to be a salt shaker, light bearer, city-on-a-hill dweller

Mystery author Cathy Elliott talks a bit about writing mysteries, life, faith, and the delights of quilting in "The Occasional Blog."