A Spoiler Free Recounting of Waiting for Star Wars: The Force Awakens

In a galaxy far, far away, I pulled into the parking lot of the local movie theater and was told by the security guard to move along.

“No one is allowed on the property until 9 a.m. unless you’re an employee. And you’re not an employee.” She’d obviously said this more than a few times and had lost all sense of humor sometime earlier in the morning. “You can go park across the street with the others.”

I followed her outstretched finger with my eyes to the grocery store across the street. Huddled in various forms of jackets and blankets was a group of ten or so guys. Only a couple looked like they were doing the same thing I was doing – saving a spot for family to join later. The others? Mmmm…I knew I’d hear more than one conversation about JarJar Binks later.

“Aw great. I’m the only chick. Thank you and Merry Christmas!” At least I got her to crack a smile.

Dutifully, I parked across the street, a safe distance from the guys who already looked like they were jockeying for line position. I shot my hubs a text letting him know the outlook of the morning: cloudy with a chance of geek-fueled testosterone.

Back on the theater property, employees strung up chrome line barricades, supplemented with ropes. The security guard strolled back and forth, leaning towards cars that stopped, pointing in my direction. Oddly enough, I was the last of the grocery store die-hards.

Ten minutes ‘til nine, the guys were at a boiling point. It had started drizzling and I was toasty in my car, listening to their debate through the windows.

“We should just go over now. They can’t kick us out.”
“It’s private property. They can kick you out.” (later learned this was a dad saving spots for his family)

Star Wars Dad and I simultaneously shook our heads at the bearded man, clad in his vintage t-shirt.

Five more minutes and it was just too much. The posse moved across the street to the sidewalk of the theater. I pulled my car forward, so I could see it once I was in line. To the left, a majority of the guys were lined up, inching towards the theater driveway. To the right, the Star Wars Dad and the other normal guy. Guess where I headed?

I stood back while the pack was sorted into a variety of fourteen (yes, 14!) different lines. I was the lone female in line until another young lady showed up an hour or so later.

She got into a heated debate with a different bearded guy about the merits of the casting of Natalie Portman. I popped in my earbuds because I really didn’t want to hear the impending JarJar Binks vortex. Busy crocheting and listening to music, I didn’t really pay much attention until she laughed (a little to close to my ear for comfort) and said, “I don’t remember much about the original movies in theaters because Return of the Jedi came out when I was like four, or something.” 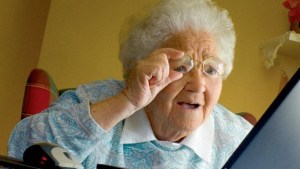 Excuse me while I go grab my bottle of Centrum Silver.

I’ll post up my review of the movie soon. I should go see it again, as I ended up quite sick during and for the subsequent weekend (still battling it!).

Until then, may you enjoy cute chicks and BB8:

For the Love of Pete…

I “get” the inherent need for Hollywood to churn out money and breathe life into has-been stars or trying-to-be-actors. But for the love of Pete, leave my childhood memories intact. The latest victim? Dirty Dancing. 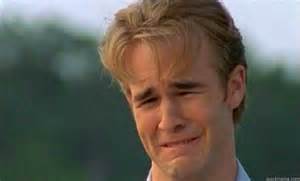 I read this article and obviously my brain said: 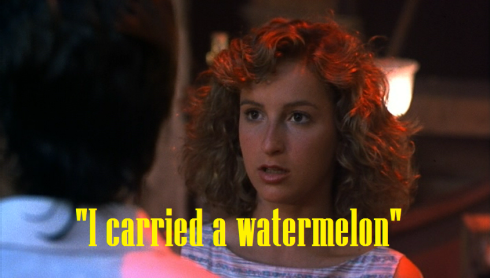 Yes, I know it is not a Christian film, but it is one I watched several times growing up. Honestly? I still will watch it. Patrick Swayze? Yes, please. Jennifer Grey pre-nose job? Harkens back to Ferris Bueller.

And don’t get me started on John Hughes films. If someone dares to cross that threshold of remakes, I may hold a picket sign. As Mercutio would say to the director who dares: 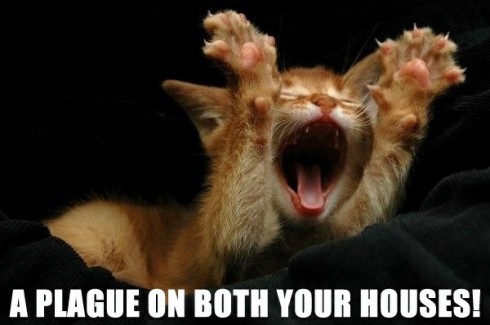 Yes, I watched the updated Red Dawn and felt sorry for the generation who never watched Charlie Sheen and C. Thomas Howell harden into boy-men. Even the desperate attempts of “Chris Helmsworth and Josh Hutcherson are in it” could not save the face palm of a remake.

Footloose. Pul-lease. Why mess with a good thing? Perfectly cast and shot the first go-round with Kevin Bacon goodness. I was a pastor’s daughter, so I watched the movie for “research.”

Annie. I wanted to like the remake So.Very.Much. But it fell So.Very.Short. Cut out Tim Curry and Carol Burnett and it was a hard knock redo. How does one recast Sandy the dog? Poorly.

Then there are reboots—movies that give old series/movies a new lease. Case in point: JJ Abrams and his spin on Star Trek. I’m giddy (as previously mentioned) about his take on Star Wars. All of the X-Men movies breathed life into the comic books I saved my money for as a teenager. Why yes, I did have a subscription to The Uncanny X-Men. Same with the Avengers movies and spin-offs. I’m okay with reboots, even if some of the details are hinky.

But please…refer the new generation to the classics of my time. Because, no offense, but I’m really not looking forward to Abigail Breslin doing the cha-cha because: 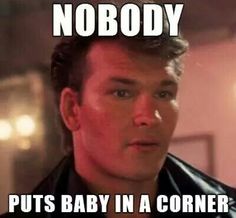 Jareth Found Waldo Before It Was Cool.

Who can resist a Jim Henson movie starring David Bowie? Apparently my sister can. But I was (and still am) mesmerized by the 1986 movie “Labyrinth.”

The plot revolves around Sarah William’s (played by young Jennifer Connelly) quest to reach the center of an enormous otherworldly maze to rescue her infant brother Toby, who has been kidnapped by Jareth, the Goblin King (played by aforementioned Mr. Bowie). It is rated PG. 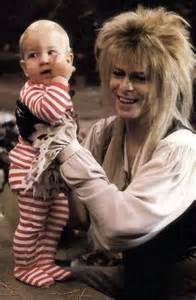 Sarah Williams’ favorite motto is: “It’s not fair!” And you are required to pronounce the last word with two syllables. As a fifteen-year-old with an actress as a mother, a toddler brother and a strict stepmother, drama is inherent as she straddles the line between adolescence desperately wanting to be an adult. So when she is forced to babysit her brother (how unfa-ir!), Sarah wishes him away in classic, theatrical fashion. Cue the equally spectacular Goblin King.

Let’s just take a moment to appreciate his hair…and eyeshadow. 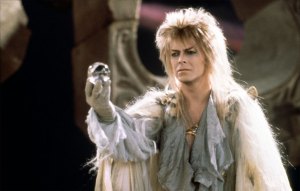 So Sarah tells said Goblin King that (wait for it…) it’s not fa-ir he absconded with Toby. So, the benevolent king of the Underground reorders time and gives her thirteen hours to solve the Labyrinth and save her brother.

Sarah’s cockiness and sass is reminiscent of someone I know, who will remain nameless. “Piece of cake!” Not so much. The Labyrinth is alive, flexing to the will of its master, and the king is not about to let his muse off the hook. He throws in goblins on cleaning machines, the Bog of Eternal Stench, and a magical peach.

The ballroom scene makes fanfiction stories explode with gobbledygook. That said, it is the pivotal point of the plot (all hail alliteration!). And what girl doesn’t dream of a masquerade? Okay, okay, so there are creepy masks, but it is all an elaborate attempt to steer Sarah away from the Labyrinth’s solution. Besides, the Goblin King’s ruffled shirt and Sarah’s gown and hair are magnificent! 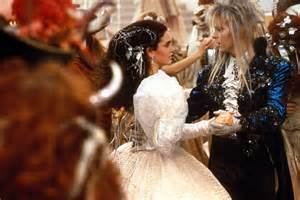 Without fancy CGI, the writers and filmmakers develop Sarah’s character as she fights for her brother, from brooding teenager to eventual heroine. Ultimately, Sarah stops claiming that it is not fair, as she accepts the world she was forced into, as a consequence of her actions.

Personally, I recommend this movie to all ages. I cut my teeth on Jim Henson (The Muppet Show and The Dark Crystal), although it might prove scary to more sensitive children with the scene with a snake and the often brooding Goblin King. Both Thing 1 and Thing 2 adore this movie, from the plot to the puppets to the songs. But then again, we are raising nerdlings.

Leave a comment | posted in Movies, Oldies but goodies

Tim's Blog - Just One Train Wreck After Another

A Place Where Fiction And Faith Meet

Resting in Jesus in the midst of lunacy.

Because the world needs good stories

For Such a Time as This

I want to be a salt shaker, light bearer, city-on-a-hill dweller

the adventure is waiting

Embrace your uniqueness. Tap into your potential. Pursue the impossible.

Mystery author Cathy Elliott talks a bit about writing mysteries, life, faith, and the delights of quilting in "The Occasional Blog."

CHEERING ON AUTHORS IS HIS MISSION